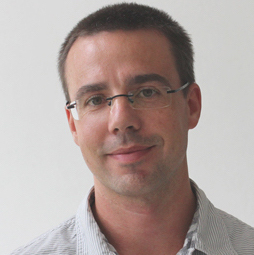 We would like to congratulate SNF Prof. Dr. Matthias Altmeyer for receiving a highly prestigious ERC Starting Grant funded at 1.5 Mio EUR for the project "Decoding cell-to-cell variation in genome integrity maintenance". He is one of only 2 awardees at UZH, and the only one in the Life Sciences.

Damage in the genetic material, DNA, can lead to mutations and trigger diseases such as cancer. The task of DNA repair mechanisms is to detect and repair such damage in a timely manner. The aim of the research project of Prof. Matthias Altmeyer is to find out whether DNA repair mechanisms work equally well in all cells or whether there are differences in the efficiency of damage detection and repair, even between genetically identical cells of the same cell type, by means of quantitative high-throughput microscopy. Initial evidence that such heterogeneity exists in the cellular response to DNA damage has already been shown. Now Prof. Matthias Altmeyer and his team would like to investigate the purpose and causes of this variability. His research group hopes that the findings will allow conclusions to be drawn concerning the cell biology of cancer development and therapy resistance.