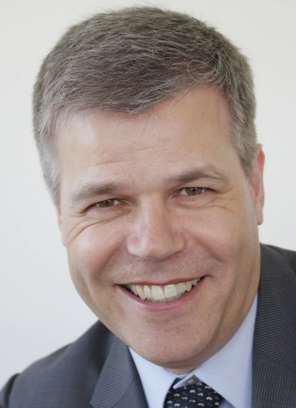 Michael O. Hottiger (Prof. Dr. med. vet. et phil. II) was born in Zurich (Switzerland), where he studied Veterinary Medicine and Molecular Biology (both at UZH). He then moved to the Howard Hughes Medical Institute at the University of Michigan (Ann Arbor, USA), before accepting a position as principal investigator at the IVBMB in 1998. He was promoted to associate professor for Molecular Biology in 2002 (Extraordinarius) and full professor in 2007 (Ordinarius ad personam). Since 2012, he is a Member of the Swiss National Research Council (Forschungsrat).

He chairs the Molecular Life Sciences Ph.D. Program, one of the largest programs of the Life Science Zurich Graduate School (LSZGS), jointly hosted by the UZH and the ETH Zurich.

In 2001, he received the Dr. Ernst Th. Jucker Award and in 2004, the PHOENIX Pharmazie-Wissenschaftspreis. He also received an award «New Entrepreneurs in Technology and Science» by the Gerbert Rüf Foundation.

He is a co-founder of DUALSYSTEMS Biotech AG, and a founding member and member of the steering committee of the UZH interfaculty center of competency “Center of Applied Biotechnology and Molecular Medicine (CABMM)”.

The research in Michael O. Hottiger’s group focuses on the molecular mechanisms of NF-κB-dependent gene expression in inflammation - from basic principles to translational application.