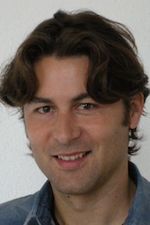 Dr. Francisco Verdeguer has been appointed as a new group leader at the DMMD in the area of Metaboloepigenetics as of 15. September 2016. His research is focused on the interaction of the metabolism and basic epigenetic regulation in the context of thermogenesis and obesity. Dr. Verdeguer studied Biology at the University of Valencia in Spain and did his master thesis with Dr. Vicente Andrés at the Vascular Biology Lab in the Biomedicine Institute of Valencia-CSIC. In 2006, he moved to the Pasteur Institute in Paris, where he obtained his PhD under the mentorship of Dr. Marco Pontoglio. In early 2011, he did postdoctoral training at the Dana Farber Cancer Institute/Harvard Medical School with Prof. Pere Puigserver. There, he became interested in the epigenetic and transcriptional regulation of nutrient sensing and energetic metabolism in the context of obesity and type 2 diabetes. In 2016, he pursued further postdoctoral training in the field of metabolic disorders at the Integrated Cardiometabolic Centre with Dr. Myriam Aouadi at the Karolinska Institute.